It’s official – Gorgeous George is adopted! Once again we have experienced foster failure, but who could blame James and Lauren for wanting to give George his forever home, after nursing him through heartworm treatment and its nasty side effects, which in George’s case resulted in some very nasty nose bleeds, James and Lauren have officially adopted George and are enjoying his new found energy. We wish you well Gorgeous and look forward to the occasional update X 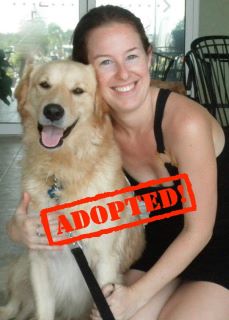